I finally got around to watching the Detective Conan oneshot J-drama this past Thanksgiving weekend and it made me realize how exaggerated the anime really is. For example, Mouri Kogoro’s passion was about as over-the-top in the drama as it was in the TV show. The special follows Shinichi’s final case before he gets shrinks into Conan Edogawa.
END_OF_DOCUMENT_TOKEN_TO_BE_REPLACED

The NPCs in Haruhi Have Names?!?

Last week, the second volume of H’s magazine was released and within its covers, many of Haruhi’s non-speaking classmates were named albeit in the form of “X-san”. I think the girl in the upper right is Hinata-san but I can’t make out most of the kanji due to the flash and compactness of type. Might have to snag a copy when I visit J-Town this weekend.

It’s nice that these characters were given some personality instead of just being written off as background decoration but I don’t think most people care except for those fans who are very detail-oriented.

Posted in Suzumiya Haruhi no Yuutsu

This afternoon I submitted my entry into the sixth semi-annual AnimeSuki Karaoke Contest and reminded myself that I’m not that good of a singer. *sigh* I’m my own worst critic.

Anyway, I heard about this contest on Omo’s blog and decided to give it a shot. I don’t think I’m going to win but I had fun trying to find songs that (a) I have the instrumental versions of and (b) have a managable pace I could keep up with. The two tunes I settled on were “Puzzle” from NHK and “Hanabi” from Bleach. After initially planning to do both and submit the better-sounding one (or rather, the one that sucked less), I decided to just go with “Puzzle” and hope for the best.

If YOU would like to submit an entry, you have until November 29th midnight EST and your song should be full-length and come from an anime or game. The entries will be broadcast some time on Dec. 2nd via Shoutcast (check the thread for updates), people will vote on them and winners will be announced on Dec. 9th.

Oh, and if you want to hear my attempt, go ahead but listen at your own risk as you may experience eardrum trauma.

Posted in Music, Self

One of the factors I consider in deciding whether to buy a DVD beside the movie itself is what kind of bonus features are packaged in with it. For example, I could have bought only the standard edition and saved ten bucks but I would have not received the talk session, the audio commentaries and portrait cards. The bound-in book had good material in it like interviews and sketches, although the placement of it between the two disc holders doesn’t seem optimal because it might start to fall out over time. That is my only major complaint with the extras as the other bonuses were definitely enjoyable.
END_OF_DOCUMENT_TOKEN_TO_BE_REPLACED

FMA Movie Review – The Film Itself 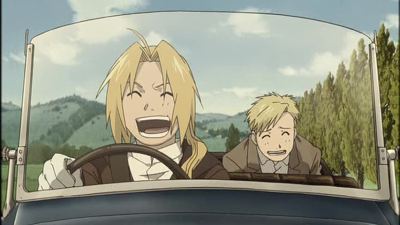 What better way to bring a popular series like Fullmetal Alchemist to a close than with a theatrical feature? “The Conqueror of Shamballa” attempts to resolve the cliffhanger of the TV series successfully and manages to do a pretty good job of that during its 104-minute runtime. I am sorry that the below review was a bit delayed (was busy with schoolwork yesterday) and a little disjointed. I have decided to review the extras and the movie in seperate posts so look for another entry on the two documentaries tomorrow along with those postcard scans I promised. END_OF_DOCUMENT_TOKEN_TO_BE_REPLACED

Yes, I finally got the limited edition version of the Fullmetal Alchemist movie (as well as Love Roma Volume 4)! I would have made this post yesterday except my shipment from Amazon wasn’t delivered because my apartment’s mailbox is too small. Damn skinny malibox! So it was held at the city’s main post office and I picked up after school this afternoon. Anyway, below are some pictures from the unboxing. Sorry in advance for the crappy quality — I had to use my cameraphone because my digital camera’s batteries are recharging.

END_OF_DOCUMENT_TOKEN_TO_BE_REPLACED 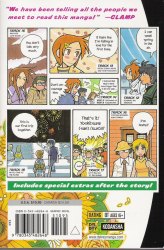 I must be some kind of stupid because it took me until halfway into the third volume of Love Roma to actually understand why it’s called that. The four circles in the series’ logo should have been my first clue because the title has four kana when written in Japanese (ra-bu-ro-ma). I think the catalyst for my “a-ha” moment was looking at the title of chapter 15, “Another Love Roma”. Anyway, I’ve enjoyed the series so far and am looking forward to reading the final two volumes. Warning: the summary below is longer than most of my recent ones for single anime episodes.
END_OF_DOCUMENT_TOKEN_TO_BE_REPLACED

Okay, last week I forgot to do this feature because I was busy with other stuff. I also guess I could blame it on a lack of interesting stuff that week but I’m not going to do that. I did manage to make a banner and picked out some good stuff to highlight this week.
END_OF_DOCUMENT_TOKEN_TO_BE_REPLACED

Posted in This Week in Akiba 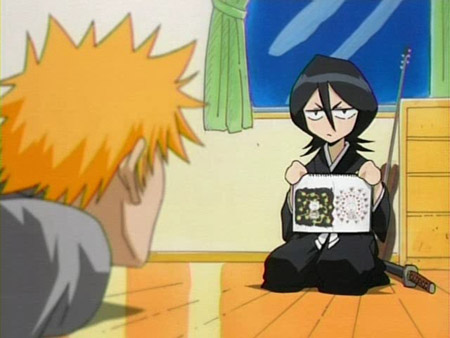 Right now, I am trying to create rough member card mockups for Anime Club as well as a tentative schedule for the remainder of the year. After the jump: two DVD collections get delayed, hack//ROOTS premiere details, and ADV incentivizes its digital distribution service.
END_OF_DOCUMENT_TOKEN_TO_BE_REPLACED 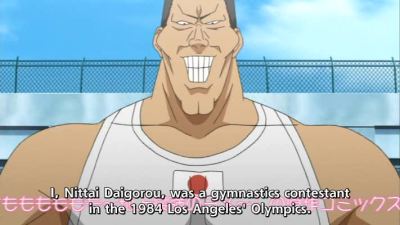 I hadn’t watched Sumomo in a couple weeks but the theme song somehow got stuck in my head so that drove me to watch the second episode. I’ll probably get to the third and fourth ones this week and hopefully by then most of the key characters will have been introduced. END_OF_DOCUMENT_TOKEN_TO_BE_REPLACED